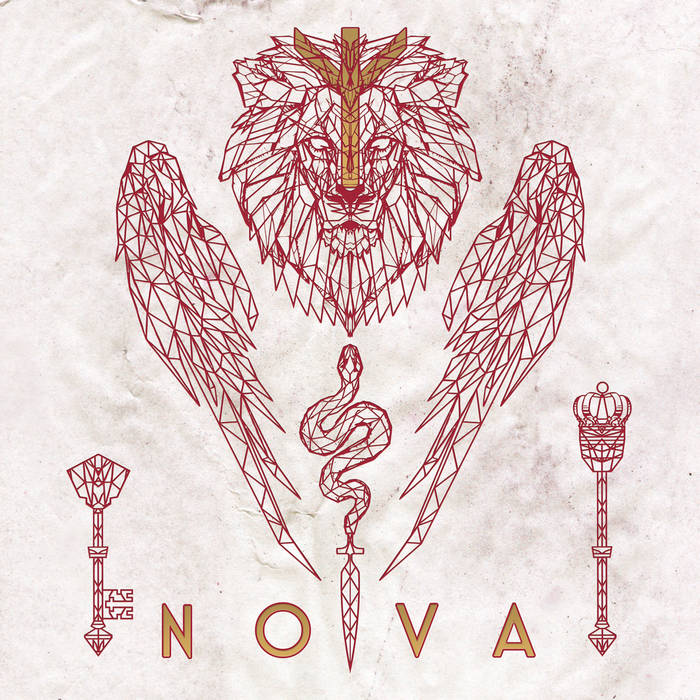 Buy Physical:
metalodyssey.8merch.com/product/nova-soli-contro-il-mondo-cd/
“Soli Contro il Mondo”, Alone standing against the world, has to be
considered as the spiritual continuation of “il Ritorno” , The Return,
where a collective rediscover of forgotten references is made living
on a naturally hostile environment. Moving to the musical and creative
side new solutions have been evolved into the typical Nova sound.
Kali Yuga is meant as a vicious joke of the demiurge, that shaped a
human shell simulacrum, where we have been thrown.
Breaking the veil of Maya, the musicality of the medieval Black Metal poetry of the Troubadours traditions meets the speed and intensity of the modern Archeofuturismo.
This revolt movement born in Italian to reverse the decadent situation
taking ancient inspiration to an instinctive modern form, takes Nova
to sharpen their riffs to evoke pre-human strengths.
On the background there will be some essential orchestral & folkish
elements, an hyperuranic magma of emotions drawn with not repetitive
and indolent arrangements, adorning a solid mosaic.
The unusual tuning, moving as a divine Charioteer adorned by an
ancient armor, fly nose-diving on chariot of lights to inflame
boredom.