by HAAR / UR DRAUGR 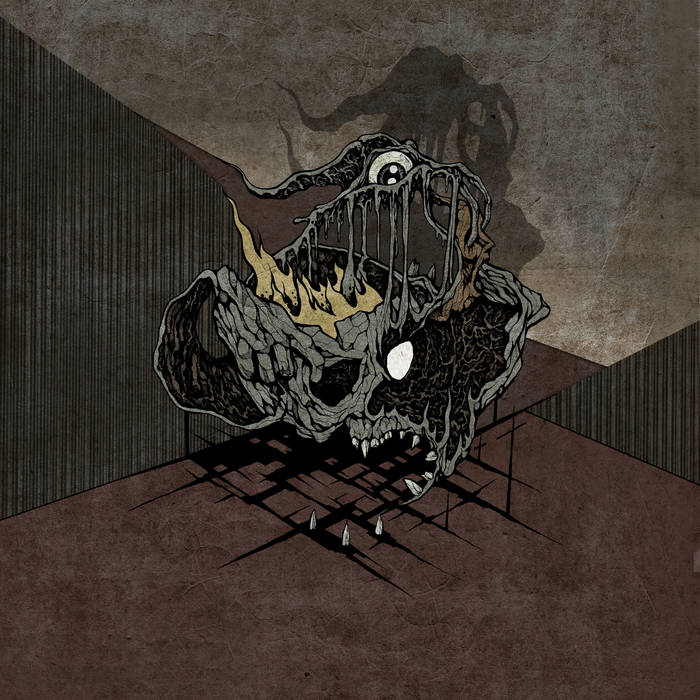 Ken Goodey I'm already a very happy owner of Ur Draugr's debut on ATMF, which is superb, and the track included here certainly doesn’t disappoint. I had never heard of Haar, but they play an progressive style of black metal, with a death metal energy, but don't let the label ‘progressive’ fool you into thinking that this isn't brutal. Haar have managed to retain all of the bleak and disturbing elements of raw black metal while exhibiting a strong creative flair throughout. Favorite track: Ur Draugr - The Vista Profunda.

Buy Physical @
metalodyssey.8merch.com/product/haar-ur-draugr-split-cd/
Black and death metal are often regarded as hostile to innovation, preferring instead to rely on staid ideas. A new alliance between HAAR, the forefront of Scotland’s discordant avant-garde, and UR-DRAUGR, a mighty, progressive Australian black metal force, proves that such orthodoxy is merely a border to be crossed by the curious.
Perfectly merging the musical atmosphere and sinister evokations of both artists, this split release is powerfully supported by the artistic vision of Costin Chioreanu, who has truly captured the essence of Ur Draugr and Haar’s message in visual manifestation.
Over the course of three dissonant, savage tracks, Haar explore the concept of Sehnsucht, the almost pathological yearning the human psyche has for faith, to believe in some sort of supernatural essence or meaning, to find significance or resonance amidst the chaos of mundane existence.
Ur Draugr contribute with a single, esoteric track of nearly twenty minutes in length, which inducts the listener into a journey inspired by the philosophical traditions of Baudrillard and Nietzsche, Lovecraft’s Dream Cycle, and Robert Chambers’ ‘The King in Yellow’.
TRACKLIST
1 – Haar – Extinction 08:30
2 – Haar – Strings 06:31
3 – Haar – Architects 07:54
4 – Ur Draugr – The Vista Profunda 19:40
Total Running Time: 42:35